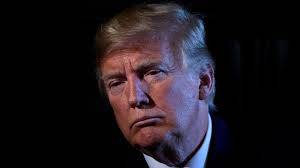 Yesterday I served on a panel in front of hundreds of Clark Atlanta students who came to hear about scholarship opportunities. I made sure to mention the importance of voting because student aid if one of daily life issues determined by political officeholders. Later, the presidents' budget was announced that limits graduate student & parent student loan borrowing, eliminates the Public Service Loan Forgiveness, which allows not-for-profit and government employees to have their federal student loans canceled after 10 years of on-time payments, and cuts about $424 million from the National Science Foundation’s research and development budget. It further increases the amount of discretionary income that must be used to repay loans from 10% to 12.5%, further burdening new college grads. There are other insensitive budget cuts necessitated by the tax cuts for the rich that he wants to extend beyond 2025 when they are set to expire. By then, the poverty rate would have climbed from the Obama administration led policies, affecting mostly people of color. Presently, the deficit spending exceeds a trillion dollars per year and will negatively affect coming generations if it continues.

Those that we send to the House of Representatives and Senate will have to vote to approve the president's budget. Vote!!. This year, Georgia will send a total on 16 men and women to Congress, including 2 senators. Find out who supports or opposes these measures and take a stand. Those who can should contribute to the election of those who show that they care about ordinary citizens of this nation. All should vote & encourage others to vote. Volunteer to do voter turnout phone banking and canvassing. Sign up to transport voters to the polls. Do something to stop the madness. America is at stake.