The Confederacy Is the Real Killer 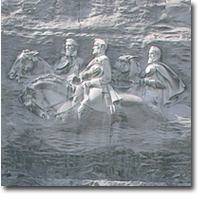 But for the super efforts of Wanda Cooper-Jones who would not allow the cover-up of the wanton murder of her son -- and 21st century technology that laid bare the ongoing racist commentary of the McMichael-Bryant trio of killers – many Americans would not know how deep racism rages in America.

The press reports of the federal trial of the Glynn County trio show clearly that America’s streak of racism is wide and deep. Without a doubt, the murder of Ahmaud Arbery can be attributed to the 400+-year campaign of African degradation and institutionalized White Supremacy. The end of chattel slavery based on race did not end the proposition that non-whites, particularly those of African descent, should be demeaned and relegated to a position of subservience as students, workers, customers, soldiers, business owners and citizens across the nation.

Only 11 states declared secession from the Union in launching the Civil War to preserve their right to enslave other human beings. Yet, after the Union won the war, the United Daughters of the Confederacy (UDC) worked prodigiously to convince 31 states to celebrate the failed insurrection and make heroes out of the traitors and their “cause.”

The UDC changed textbooks to revise Civil War facts and to justify racial discrimination as acceptable. They used language to concretize racism as a societal norm and influence the political landscape by honoring the Confederacy in town squares, public thoroughfares, parks, and schools. These symbols were intended to intimidate anyone who would challenge the UDC’s take on history or the “proper social order” and led to horrific murders like that of Ahmaud Arbery.

Each one of the more than 200 Georgia monuments influences people like Greg McMichael, Travis McMichael, and William Bryant. Consciously and subconsciously, these symbols declare, reinforce, and encourage practices, policies, legislation, judicial actions, and social constructs that embolden racism. They contribute to the enormous racial wealth gap, explode the statistics of incarceration for African Americans, nurture anger and apathy in Black neighborhoods, and exacerbate the traumatic stress of every Black man, woman, and child in America.

No other country has celebrated an insurrection against itself as America does through detritus of the Confederacy such as Georgia’s Stone Mountain Park and the other 700 or so “rebel” monuments stretched across the “land of freedom.”

The text exchanges and statements revealed in the trial of the Glynn County murderers should spur America to remove the political declarations of Confederate monuments and other celebrations of hate. Societal guilt should command legislatures in Georgia and other states to reverse new laws of voter suppression and pass others to bring about equity in education, economic opportunities, and criminal justice.

The end of the Civil War should have represented the beginning of the free and just America that the nation’s founding documents imply. But first, the war must end!