Visitor Writes That She Is Tired of Blacks Versus Whites 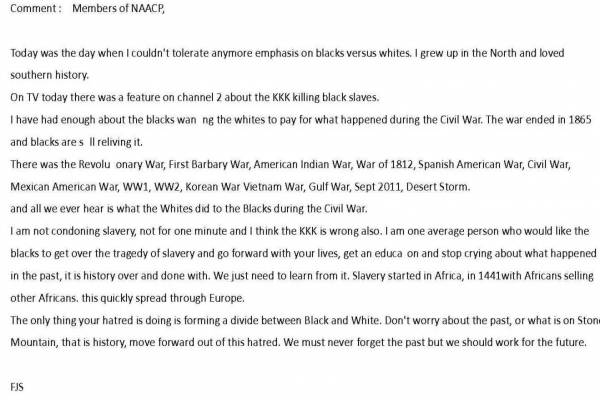 Thank you for your message. We agree that the emphasis on whites versus blacks is a pox on America as we have endured for the entire existence of the United States. We do care about the Civil War as an historical fact because it represents the end of legalized enslavement in perpetuity on the basis of race. Even after the Civil War, which was waged by southern states to maintain slavery as an economic manifestation of white supremacy, there has been a concerted and consistent effort to degrade and deprive Americans of African descent.